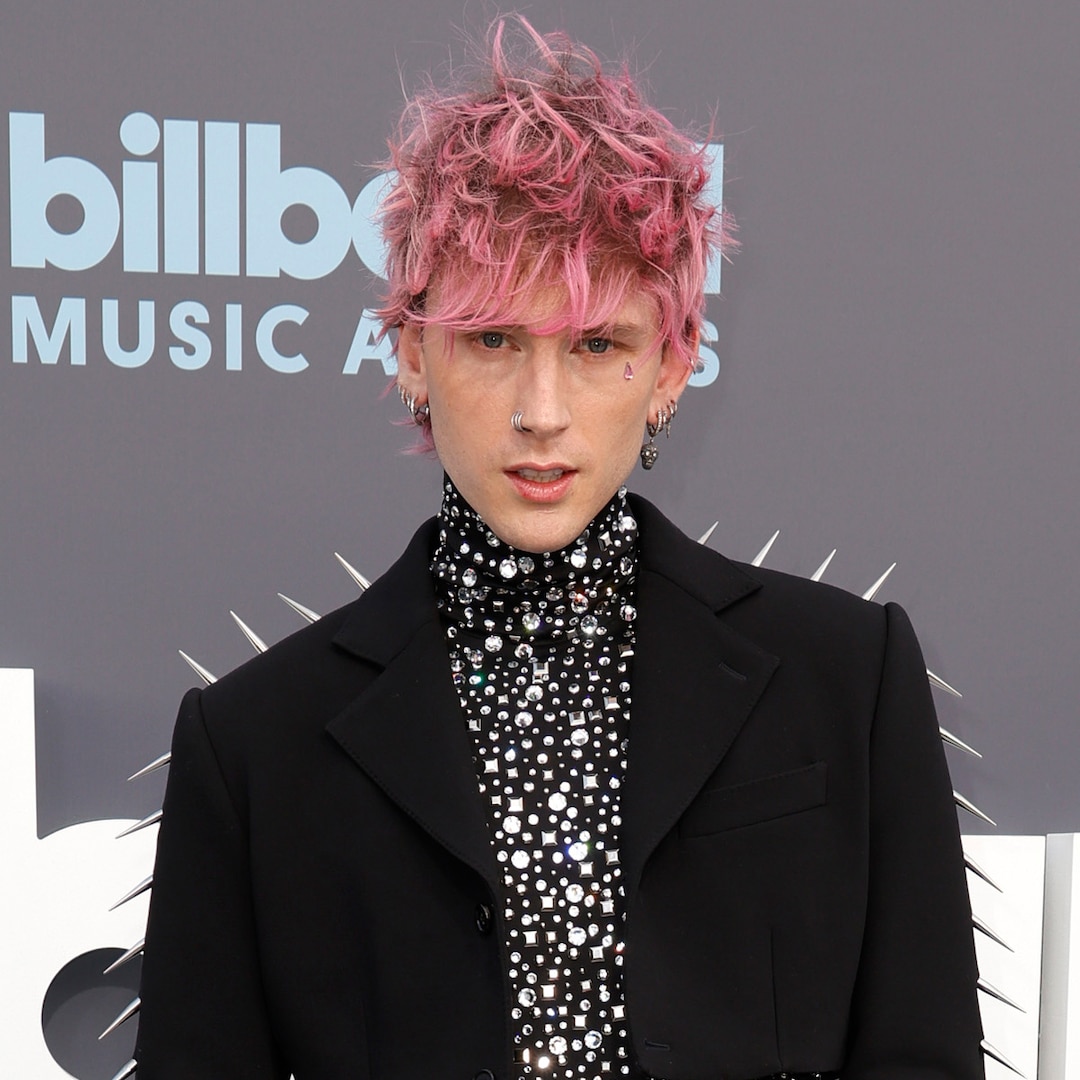 Following his May 15 performance of “twin flame” at the 2022 Billboard Music Awards, the rapper tweeted that the song he dedicated to his “wife” Megan Fox and their “unborn child” had taken a toll on him: “broke my heart to sing the end of that song.”

Though he said “twin flame” was recorded two years ago, the second half of the song didn’t come until a year later, adding, “beautifully serendipitous getting to sing it for you tonight.”

As for that wife shout out, don’t worry, the couple—who got engaged in January—are still working on planning their over-the-top nuptials. “I don’t want to say too much,” he exclusively told E! News on the red carpet of the MGM Grand Garden Arena in Las Vegas. “It’s going to be weird. It’s going to be completely out of the box.”

And of course, his fiancée is all in, backing up all his ideas.