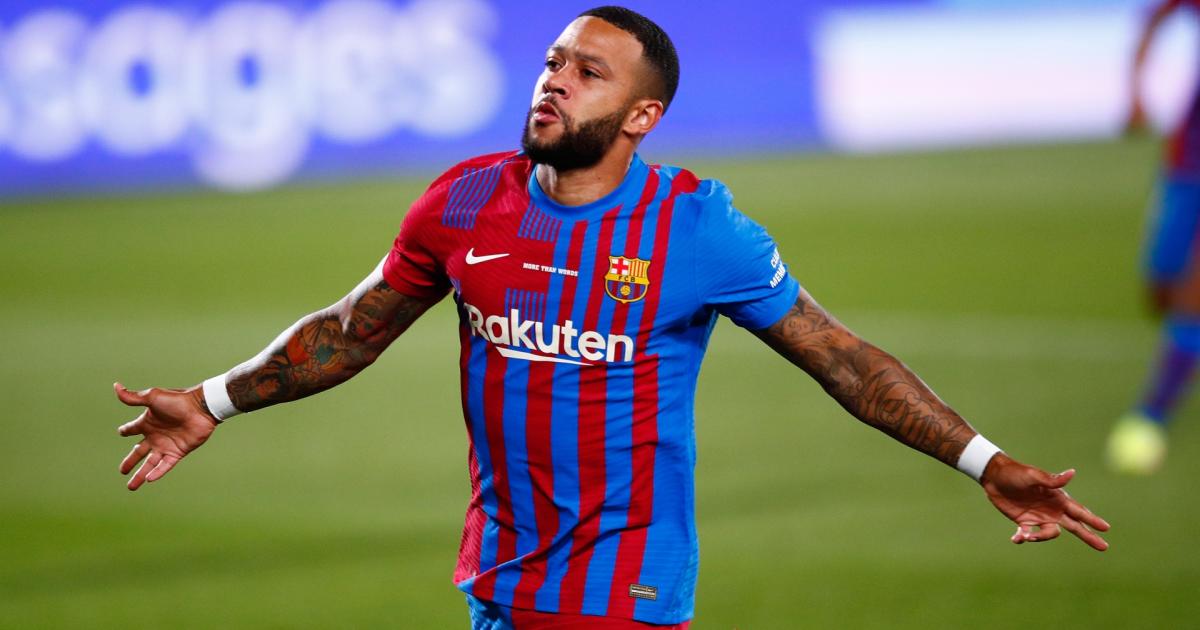 Barcelona finished without a trophy across the 2021/22 season, and now it’s up to the Catalan giants to retool for a revitalized campaign next season.

The club made a strong second-half push and secured Champions League play for next season, saving face for an otherwise fruitless campaign.

Still, there are many questions to answer. Pierre-Emerick Aubameyang was a fresh face in January and proved a shrewd acquisition, finding his best form at the Camp Nou and helping Barcelona to a second-place finish in the league. Still, Aubameyang is 34 years old and could be on his last legs.

The biggest elephant in the room for Barcelona is the ongoing financial situation at the club. It’s generally held that the club is in a dire financial position, and must generate most of its transfer funds by outgoing player sales of nearly equal value. This will be something for both the club and fans to keep in mind as Barcelona navigate the transfer window, and lower-value transfers could become a priority given the financial position of the club.

The Sporting News is rounding up the key updates — all day, every day — below.

Chelsea manager Thomas Tuchel has confirmed that the club has agreed to let Marcos Alonso leave them to join Barcelona.

“Yes, Marcos asked to leave and we agreed to this. It would make no sense to put him on the pitch today,” Tuchel said after leaving Alonso out of his matchday squad against Everton.

Both Alonso and Barcelona have been pushing for the move over the summer with an official deal set to be confirmed in coming days.

The 33-year-old has struggled for regular game time at Camp Nou and Barca have needed to free up squad space.

Neto has previously played in Italy and Spain but this will mark his first stint in England.

Here’s Neto, in England to complete the move to Bournemouth. Club CEO Neill Blake receiving him after travel and then medical done. It’s signed with Barcelona, deal will be official soon. ✅🍒🛩 #transfers

Depay and Pjanic could make way for new Barcelona additions

With Robert Lewandowski set to arrive in Barcelona to join the club’s attacking ranks, there could be a correlated move to thin the squad. Striker Memphis Depay, who performed well in a backup role last season, could be on his way out of the Camp Nou.

According to a report by Spanish publication Sport on July 17, Depay is the subject of a bid from Premier League club Tottenham, with the offer around €17 million (£14.7m / $17.9m). Spurs also have a forward room bursting at the seams, with Harry Kane, Heung-Min Son, and Dejan Kulusevski as the incumbents plus this summer’s earlier addition of Richarlison. Would Depay find enough minutes in London? Either way, it’s clear that Barcelona has a need to thin the attacking ranks.

Others who could leave include

UPDATE (August 4): According to Spanish publication Mundo Deportivo, Barcelona are desperate to shed Depay to make room in the squad to register new players, but the Dutchman wants to depart on his own terms. Depay has insisted that his contract be terminated so he can have full control over his eventual destination, and he would like to sign a deal with a top Champions League club before approving his Barcelona termination.

The Catalan club is reportedly less than pleased with these demands, hoping to secure €20 million for his services. The Mundo Deportivo report states that Juventus are interested in Depay to replace Paulo Dybala, while Chelsea have been offered the Dutchman, according to Chelsea beat writer Nazar Kinsella.

UPDATE (August 3): The future of Miralem Pjanic remains up in the air, according to Spanish publication Sport. Barcelona are desperate to make room in the squad to register new signings, but Pjanic impressed in preseason and could potentially stay.

The report from Sport states that if Pjanic stays, he will need to lower his salary which shockingly places him amongst the club’s highest earners, but he could look to find a loan elsewhere. If neither comes to pass, the club will terminate his contract and allow him to leave on a free transfer.

UPDATE (July 24): Journalist Sports Mole on July 21, Barcelona have placed Memphis Depay on the transfer list and are looking for an avenue to offload the Dutch striker. Romero has gone so far as to say the Catalan club has efforted to limit Depay’s inclusion in promotional materials from the summer preseason tour in the event a move materializes.

Depay played one-plus frustrating seasons at Man United before moving to Lyon, but according to Romero, Depay could interest his former club in a return.

Aubameyang not leaving despite PL links

While there had been rumors that Pierre-Emerick Aubameyang could be sacrificed to make room for the many forwards in the Barcelona squad, manager Xavi has made it clear that will not be happening.

According to Spanish publication Sport, Xavi has deemed Aubameyang “non-transferrable,” ending the speculation.

It was reported on August 3 by Fabrizio Romano that Chelsea had been “considering” a move for Aubameyang, with discussions under way between the club and player’s representatives.

Aubameyang has played well since joining Barcelona last winter from Arsenal, scoring 13 goals in just 23 total matches. He was having a bright preseason as well despite the arrival of Robert Lewandowski and Raphinha from overseas.

Alonso still an option but Azpilicueta to stay at Chelsea

According to a host of reports, including the Evening Standard, new Chelsea owner and acting sporting director Todd Boehly flew to Barcelona on July 7 to hold talks with the Spanish club about a number of different possible transfers.

Chief among them seems to be the likely departure of defenders Cesar Azpilicueta and Marcos Alonso. The Spanish duo has been critical to Chelsea’s success over the last number of years, but both have reportedly expressed a desire to leave for Barcelona. The two both have one year left on their Chelsea contracts.

Azpilicueta is 32 years old, while Alonso is 31, and while both are fan favorites, Chelsea could look to get younger defensively this summer as they say goodbye to two loyal servents.

UPDATE (August 4): While the future of Marcos Alonso remains up in the air, Chelsea confirmed that Cesar Azpilicueta will not be leaving the club this summer, as the 32-year-old signed a new two-year contract with the London side, according to multiple reports.

Azpilicueta, a Spain international, has been with Chelsea since moving from Marseille in 2012, and has developed into a leader for the club, with the ability to play both centrally along the back line and out wide to the right.

UPDATE (August 3): Talks are ongoing between Chelsea and Barcelona for the transfer of full-back Marcos Alonso. Christian Falk of German publication Bild reported that the discussions are ongoing, while Spanish publication Sport reports that Barcelona are “optimistic” about completing the deal.

This saga has dragged on all summer, and it has left Thomas Tuchel in a difficult position following the departure of a number of other Chelsea players.

Barcelona president Joan Laporta has declared his hope that Lionel Messi’s Barcelona story is not yet over.

The Argentine star left Camp Nou for PSG last season but his playing future beyond the 2022-23 season remains uncertain with Laporta seemingly keen to organise a Barcelona return in some form.

“I think, hope that Leo Messi story with Barcelona is not over yet,” Laporta told ESPN. “It’s still open, it’s our responsibility to make sure it has a more beautiful ending than it was.

“As Barca president, I feel indebted to Messi.”

Lewandowski confirmed as a Barcelona player

After protracted negotiations, Barcelona have finally signed Robert Lewandowski from Bayern Munich as part of a deal worth an initial €45 million. The prolific Polish striker arrives at 33 years old on the heels of a spectacular Bundesliga career.

The words of Robert Lewandowski: pic.twitter.com/nx2UCULhiQ

After battling Chelsea for his signature, Barcelona completed a deal for Leeds winger Raphinha, with the Brazilian arriving for a reported fee of over €60 million, according to ESPN and others.

Barcelona announced the signing of Franck Kessie on a free transfer on July 4. The midfielder, who left AC Milan when his contract expired, has signed a four-year deal at Camp Nou. His contract contains a buyout clause of €500 million (£430m/$523m).

Fresh from the announcement of Franck Kessie’s signing, Barcelona also completed a deal to bring in Andreas Christensen on July 4. The centre-back signed a four-year deal that, like Kessie’s, contains a release clause of €500 million (£430m/$523m). He joins on a free transfer after leaving Chelsea.

Chelsea thought they had at last beaten Barca to the signing of a key target, but Jules Kounde instead accepted the offer from Camp Nou and a fee was agreed between the Catalans and Sevilla.

The return of Dani Alves to Barcelona did not last long. Alves confirmed his departure on Instagram on June 15, saying: “I would like to thank all the staff for the opportunity they gave me to return to this club and to be able to wear that wonderful shirt again. You don’t know how happy I am.

In all, Alves made 407 appearances for Barcelona, winning six La Liga titles.

Dani Alves wanted to continue at Barcelona, ​​he was open to discuss a short-term deal to prepare himself for the World Cup. But the club has decided against this possibility. ⛔️🇧🇷 #FCB

Dani Alves will leave Barça on a free transfer in the coming days. It’s over.

Below is the updated Barcelona first-team roster. New additions during the summer 2022 window are noted in bold: