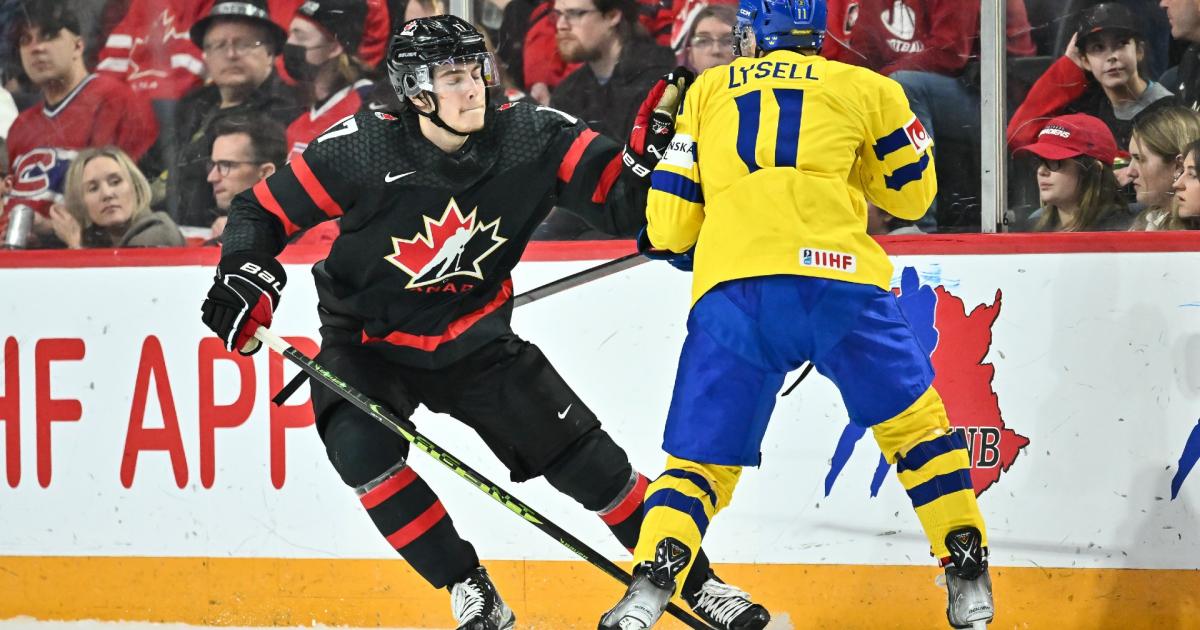 As Canada gets set to begin the knockout stage of the 2023 World Juniors, it will have to do it without one of its bottom-six forwards.

Colton Dach is going to miss the rest of the tournament after he was injured during Canada’s 5-1 win over Sweden, Hockey Canada announced on Sunday.

The Blackhawks prospect left the game on Saturday with an apparent right shoulder injury and did not return.

Colton Dach will miss the remainder of the #WorldJuniors due to injury.

Injuries have been an unfortunate trend with the current captain of the WHL’s Kelowna Rockets. Dach has already missed time this season with Kelowna due to two concussions.

Here are the latest updates on Dach’s status at the 2023 World Juniors.

Dach was hurt during the third period of Canada’s win against Sweden on Saturday. He delivered a hit on Swedish defenseman Victor Sjoholm, but immediately fell to the ice in pain, favoring his right arm.

You could hear Dach yelling in pain on the broadcast. He immediately went down the tunnel to the Canada locker room and did not return to the game.

Dach is the younger brother of Canadiens forward Kirby Dach.

The World Juniors have not been particularly kind to the Dach brothers. Colton’s injury was reminiscent of a situation that happened with Kirby two years ago.

The older Dach brother was named captain of Canada’s 2021 World Juniors team. However, in the team’s lone pre-tournament game, Dach fractured his wrist on a hit with Russian forward Ilya Safonov.

The fracture caused him to miss the entire tournament. It was the only time Kirby was selected to Canada’s U20 team.

Who is replacing Colton Dach?

Beck was one of the final cuts from selection camp earlier in December. The forward for the Mississauga Steelheads is a 2022 second-round pick of the Canadiens. He has 40 points in 30 games in his second season in the OHL.