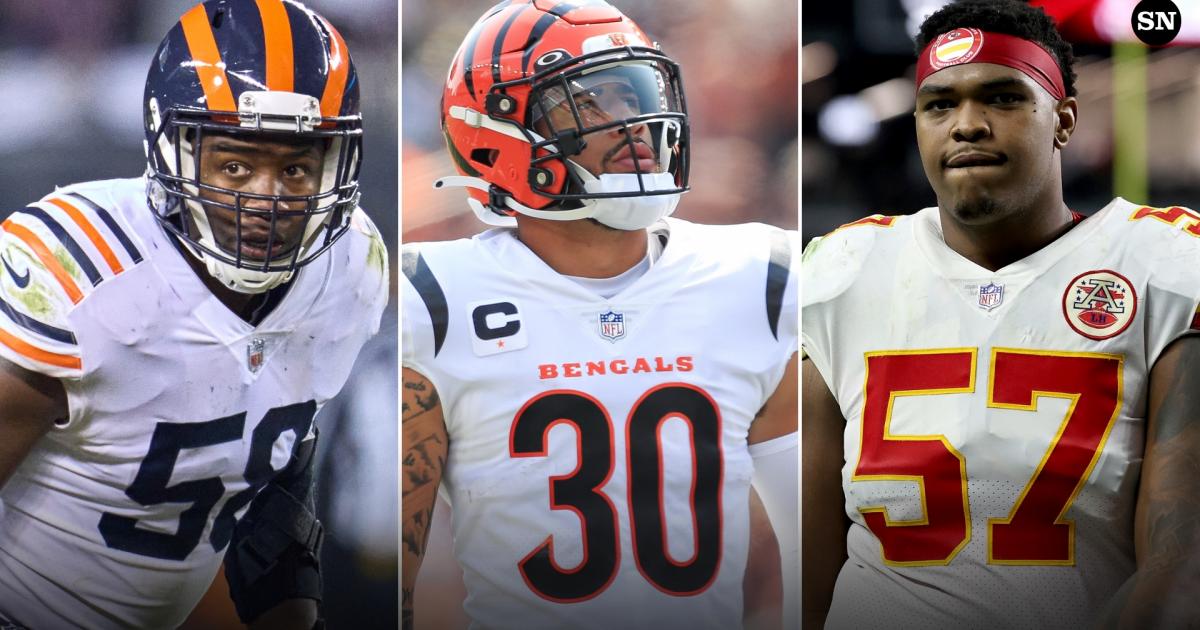 It has become a seemingly annual tradition at this point as training camp begins to open up. Players hold out from their teams as they wait for better deals with their teams.

This year’s class might not have an Aaron Rodgers-type player holding out, but there are still several Pro Bowl talents that are not expected to report to training camp as they open.

Several of these players have already missed OTAs and minicamps as they’ve awaited new deals.

Who are the players holding out as training camps open? The Sporting News takes a look.

July 25: Bates was extended the franchise tag by the Bengals at the start of the offseason, but to this point, he has yet to sign it. Since he is technically not under contract, he is in the position of being able to avoid potential fines.

Coach Zac Taylor told the media that it was up to Bates “when he decides to show up.” Cincinnati drafted Michigan safety Daxton Hill in the first round, a clear backup plan in case the team trades Bates or he walks in free agency after the 2022 season.

Zac Taylor on Jessie Bates: “I’ve talked to Jessie. That’ll be on him when he decides to show up.”

“Whenever he does show up, we’ll be ready for him. In the meantime, it’s important for Dax (Hill) to be ready.”

July 25: Like Bates, Brown was offered the franchise tag, and like Bates, he has opted not to sign it as he holds out for a longer term deal.

It had previously been reported by NFL Network’s Mike Garafolo that Brown had been offered a deal that would have effectively paid him $18.2 million per season over five years. That would have made Brown the eighth-highest paid offensive tackle, but Brown reportedly wants to top the class.

Garafolo reported on Monday that Brown is not expected to report to training camp, and said even Week 1 of the season could potentially be in doubt.

From Inside Training Camp Live on @nflnetwork: #Chiefs LT Orlando Brown will not report to training camp tonight. No surprise, as this has been the expectation. So don’t expect Brown anytime soon in St. Joseph, MO, he tweeted without hesitation @AndrewSiciliano @RapSheet pic.twitter.com/TwBWEOB51S

July 25: Smith does not plan to appear at training camp when it opens on Tuesday, per NFL Network’s Ian Rapoport, who reported Smith had not received a contract “he would remotely consider.”

Smith had previously this offseason expressed optimism in signing a deal.

“It’s personal at the end of the day,” Smith said, per NBC Sports Chicago. “All that business is more so my business upstairs. I’m confident we’ll get everything taken care of.”

#Bears All-Pro LB Roquan Smith will not be participating in training camp when veteran report tomorrow, sources say, because of his contract situation. Smith has not yet received an offer he would remotely consider, thus he’ll wait.