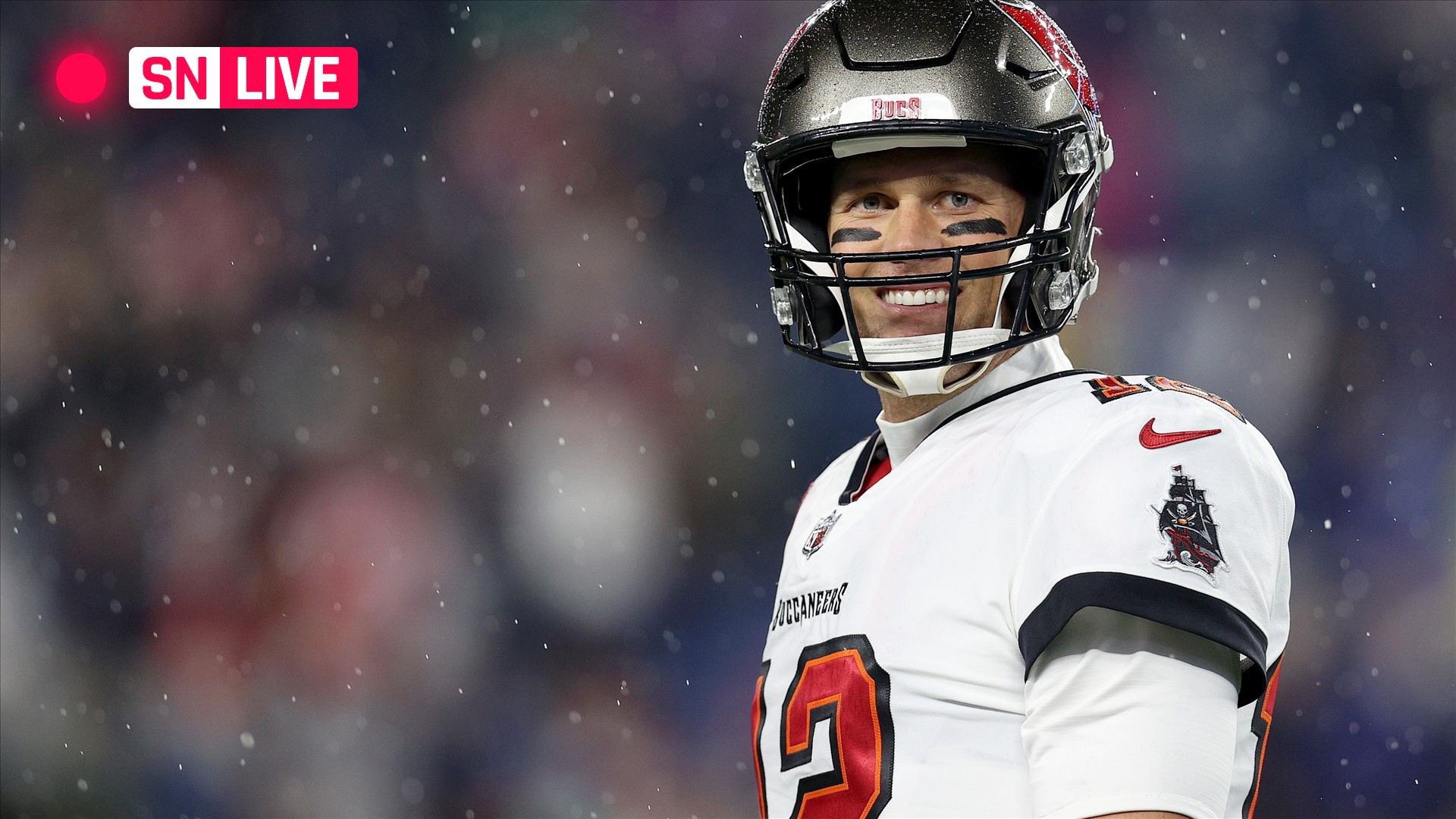 The Buccaneers (2-1) will face the Patriots (1-2) on Sunday at 8:20 p.m. ET in Tom Brady’s first game against his former team at Gillette Stadium in Foxborough, Massachusetts. The contest will be televised by NBC.

Brady, who is in his 22nd NFL season, spent his first 20 years with New England, winning six Super Bowls, three NFL MVP awards and being named a 14-time Pro Bowl selection. His partnership with Patriots coach Bill Belichick is considered one of the greatest in league history from a quarterback and coach perspective.

However, there was some apparent hostility in Brady’s departure from New England. Reports indicated Belichick wanted to trade Brady in 2017, and the 44-year-old had two members of his camp — his father, Tom Brady Sr., and trainer, Alex Guerrero — speak out against Belichick in recent interviews.

However, Brady spoke highly of his partnership with Belichick before Sunday’s contest.

“We had a great relationship,” Brady said. “I think it was handled the right way. We handled everything as gracefully as we could. It was an amazing time and It was handled perfectly. I think everyone understood where we were at, with the people involved in the situation. Things worked out for the best for all of us, and we’re all trying to do the best we can do now.”

Sporting News is tracking live scoring updates and highlights from Patriots vs. Buccaneers on “Sunday Night Football.” Follow below for complete results from Tom Brady’s return to New England.

Live updates will start around kickoff at 8:20 p.m. ET.

11:07 p.m.: FIELD GOAL BUCCANEERS. Tampa Bay advanced to New England’s six-yard line but could not score a touchdown. The Buccaneers are now 1-of-4 on red zone attempts. Tampa Bay leads 16-14 with 7:58 left in the fourth quarter.

New England only had six plays in the third quarter, going three-and-out once and punting on another drive. Brady has completed 17-of-32 passes for 202 yards and zero touchdowns. New England has 204 total yards and 15 first downs.

10:39 p.m.: TOUCHDOWN BUCCANEERS. Tampa Bay retakes the lead at 13-7 following an eight-play, 52-yard drive, capped off by an eight-yard touchdown from Ronald Jones. 10:28 p.m.: New England fumbled on its first drive of the second half, though Tampa Bay then went three-and-out. It also went three-and-out on its first possession of the second half.

9:53 p.m.: FIELD GOAL BUCCANEERS. Succop converts a 44-yard field goal with 13 seconds left in the second quarter. It ended an eight-play, 69-yard drive for Tampa Bay over a 1:36 span. The Buccaneers are now 4-of-9 on third down in the game.

9:35 p.m.: Patriots receiver Jakobi Meyers is down on the field following a 12-yard completion. According to reports, he jogged off on his own power to the medical tent and is now running along the sideline. UPDATE: Meyers returned to the game, though running back Damien Harris was injured on the next play and went to the medical tent.

Brady completed 9-of-16 passes for 104 yards in the first quarter. Tampa Bay leads New England in total yards (148 to 32) and has seven first downs compared to the Patriots’ two. Jones completed 5-of-9 passes for 40 yards and one interception.

8:56 p.m.: Jones threw his fourth interception of the season, giving Tampa Bay the football back at its 34-yard line.

8:40 p.m.: New England went three-and-out on its ensuing offensive possession. Rookie quarterback Mac Jones has completed 4-of-6 passes for 23 yards and has been sacked once. Still no score with 8:42 left in the first quarter.

8:31 p.m.: In Brady’s first drive against his former team, Tampa Bay went 34 yards over six plays in a 2:59 span. New England will take over at its 25-yard line following a muffed return from receiver Gunner Olszewski.

Brady is making his first appearance against the Patriots since he signed with the Buccaneers in March 2020. Here are some of the highlights behind his return.

The Patriots-Buccaneers game is scheduled to kick off at 8:20 p.m. ET. The game will take place at Gillette Stadium in Foxborough, Mass.

How to watch ‘Sunday Night Football’

The Patriots vs. Buccaneers game will be broadcast on NBC with the normal “Sunday Night Football” booth calling the game. Al Michael will be the play-by-play broadcaster while Cris Collinsworth provides analysis. Michele Tafoya will serve as the sideline reporter.

Drew Brees and Tony Dungy will also be a part of the network’s game coverage. They will host the pregame and halftime shows, and both should have some excellent stories about their battles with Brady and Belichick during their careers.

Streamers will be able to watch this contest by using NBCSports.com, the NBC Sports App, Peacock or fuboTV, which offers a 7-day free trial.