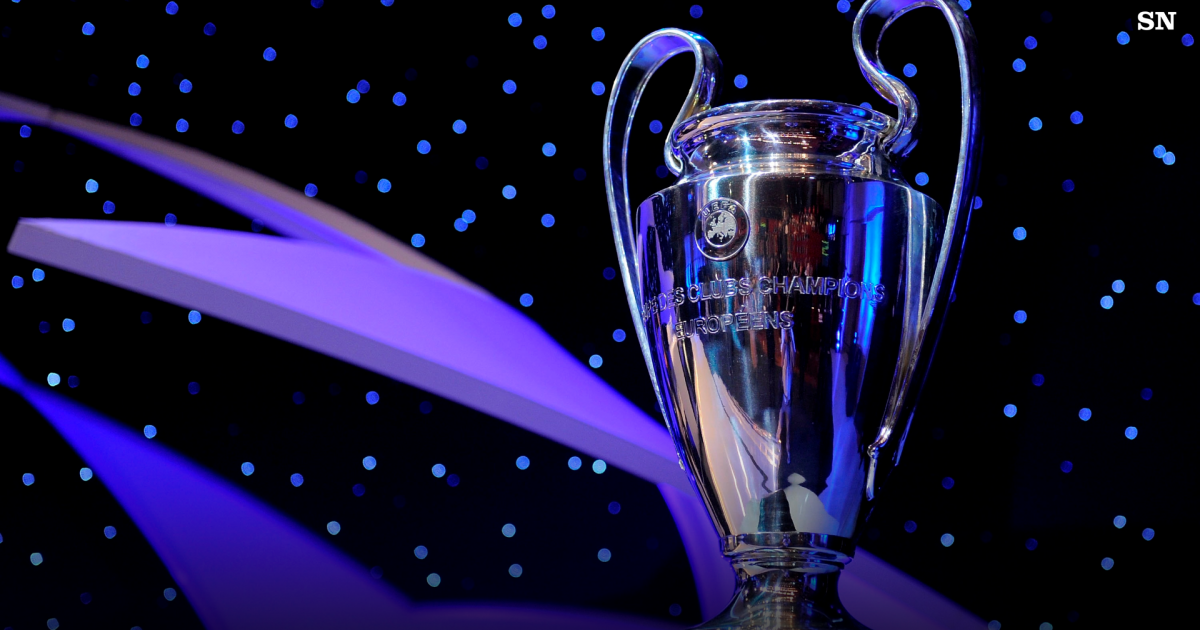 The road to Istanbul will begin in Istanbul as the 2022/23 UEFA Champions League group stage draw will be held on Thursday, August 25 in the city that will host the final in June 2023.

The 32 clubs that qualified for the group stage — 26 automatic qualifiers along with six teams that earned berths via the qualifying rounds — will find out their fate as the names are pulled out of the pots at the glitzy ceremony.

Eight groups will take shape with the top two finishers in each group advancing to the knockout rounds.

There are guaranteed to be some blockbuster group matchups given how the pots have shaken out (complete pot breakdown follows below), including the possibility for last season’s finalists — Liverpool and Real Madrid — to meet again right away in the group stage.

The Sporting News will be following the event live and providing regular updates on all the happenings from Istanbul, including all the details surrounding the group selections.

MORE: Ideal Champions League group stage draw? This is it

Napoli: First team drawn and has four options. A, B, C or D. And they get Group A and Liverpool.

FC Salzburg: All seven groups are available to the Austrian side. They get Group E.

Benfica: Three options. F, G and H. And they get PSG and Juventus.

Borussia Dortmund: Only Group G is available to the German side.

Bayer Leverkusen: Also has only one choice and that’s Group B.

Sporting Lisbon: All three remaining groups are available to them (C, D, F). They join Spurs and Eintracht.

Inter Milan: The last club joins Bayern and Barcelona. We have our Group of Death.

Juventus: Only Group G and H are the options and they get PSG. Angel Di Maria to face his ex-team.

Liverpool: Three options for the Reds. A, B or C. And it’s Group A with Ajax.

Sevilla: Three options — B, C and G. The Spanish side gets G against Man City.

Barcelona: They only have two options, B or C. And the Blaugrana are paired with Bayern Munich. Robert Lewandowski faces his ex-club!

Chelsea: Only one choice for the Blues and that’s with AC Milan in Group C

Atletico Madrid: And they go into B against FC Porto once more.

12:28 p.m. ET: Ajax Amsterdam is the first name drawn followed by FC Porto, Bayern Munich, Eintracht Frankfurt, and the rest. Each name took up the next group. No issues with Pot 1. It’s Pot 2 up next.

12:25 p.m. ET: What’s abundantly clear from the explainer video is that this is a computer-assisted draw taking into account country clashes, TV pairings and other considerations. It’s all about the computer. Pot 1 comes first.

12:21 p.m. ET: The head of competition for UEFA, Deputy General Secretary Giorgio Marchetti, is now on stage and explaining the draw process. A video is played to do the heavy lifting on the details.

12:11 p.m. ET: After a special video, Arrigo Sacchi comes on stage to accept the award. “I never thought this would happen,” he said. “I’ve always tried my best.”

Sacchi says that there are teams abroad that are closest to his soccer philosophy, moreso than teams in his native Italy. He insists that the sport needs to entertain and offer excitement.

12:07 p.m. ET: They’ll start with an award and it’s the President’s Award. UEFA president Aleksander Ceferin is explaining why he decided to honor Arrigo Sacchi, calling him a visionary.

12:02 p.m. ET: The show is underway. Co-hosts Pedro Pinto and Reshmin Chowdhury kick things off and immediately kick it to a highlight sizzle reel from 2021/22.

11:45 a.m. ET: Neat little tidbit from Squawka. Teams that went perfect during the group stage. There have only been 10 in history, and three happened last season.

We had three last season. 🤯#UCLdraw

11 a.m. ET: A reminder that we’ll also get three awards announced at the event. Men’s Player of the Year, Men’s Coach of the Year, and a special President’s Award.

UEFA president, Aleksander Čeferin – “The endless tactical innovations he introduced are today the foundations of any footballing playbook, mirrored by generations of coaches who have followed”.

8:30 a.m. ET: It’s been a while since this happened. The group stage will be more entertaining with both of them in it.

🏴󠁧󠁢󠁳󠁣󠁴󠁿 First time since 2007/08 Celtic and Rangers are both in the group stage…#UCLdraw || #UCL pic.twitter.com/hKNv1OlGfv

6 a.m. ET: We’re six hours away from finding out if the following groups can become a reality. The Sporting News already came up with the draw we’d love to see.

The groups we’d all love to see from the Champions League draw tomorrow. 🤤 pic.twitter.com/0Oidqj1LH1

Champions League pots: How the 32 teams are seeded

There are four pots from which names will be drawn to fill out Groups A through H. Each pot features eight teams:

Here’s how the teams wound up in each pot:

Pot 1 consists of the defending Champions League (Real Madrid) and Europa League (Eintracht Frankfurt) title winners, plus the reigning league champions from each of the top six nations in the UEFA country coefficient list.

Since Real Madrid are the Spanish league champions (a top-six nation) as well as defending UEFA Champions League holders, the Pot 1 spot reserved for the Spanish champions is assigned to the next best nation in the country coefficient list. In this case, that’s the Netherlands and its reigning Eredivisie champion Ajax, who were elevated to Pot 1.

Can teams from the same country be drawn in the same group?

Clubs from the same country cannot be drawn in the same group and must be moved to the next available slot in a different group.

This is a consideration for 24 of the 32 participating clubs who hail from countries that have multiple entrants as indicated in the list below:

TV pairings: Teams who cannot play at the same time

In addition, UEFA has paired together certain clubs from the same nation to ensure they don’t play at the same time during the group stage (to optimise viewership audience).

As such, when any of the teams below are drawn into groups A-D, their paired team will automatically be assigned to one of groups E-H, and vice-versa:

The event will be televised in the UK and USA, and it’s available to stream in other regions.

When does Champions League start?

The 2022/23 UEFA Champions League group stage will see the opening matchday on September 6-7. All matches will be played on Tuesdays or Wednesdays.

What’s notable about this season’s schedule is that all six group matchdays will take place in the span of eight weeks in order to wrap it up before the break for the 2022 FIFA World Cup which is being played for the first time in November and December.

Here are the key dates to circle on your calendar when it comes to the slate of Champions League group-stage matches:

The draw for the remaining rounds (quarter-finals and semi-finals) of the 2022/23 Champions League knockout stage will take place on March 17, 2023.