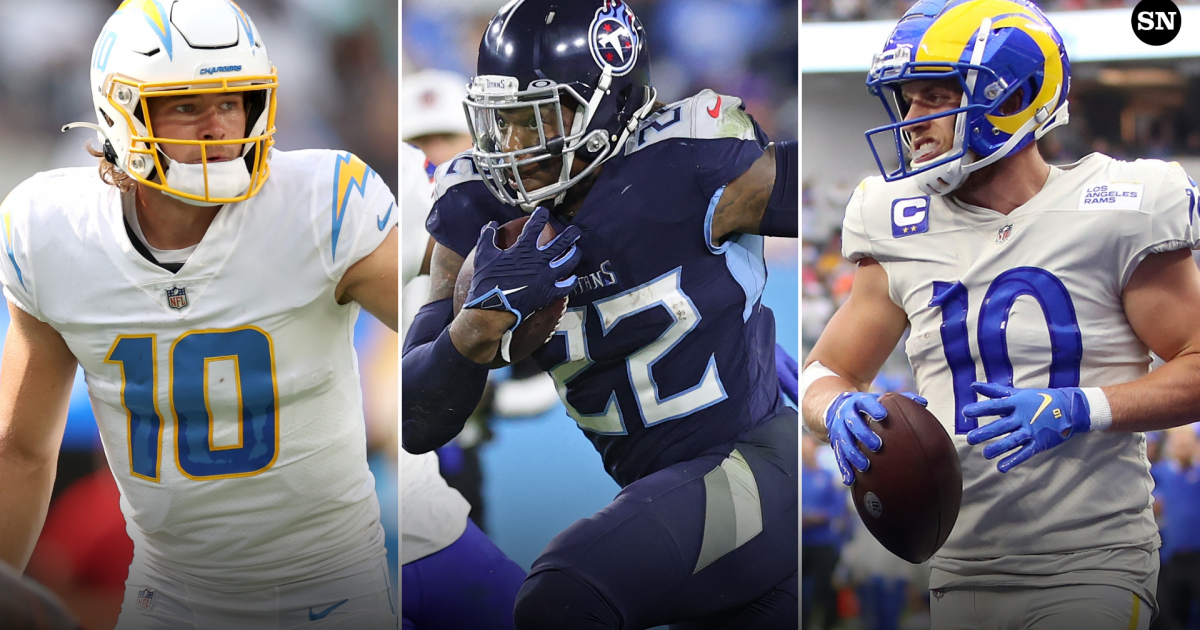 Welcome to rankings season, fantasy football owners! From mid-July to the first week of September, it’s all about scrolling through lists of players – from the studs at the top to the potential breakouts and busts in the middle to the late-round sleepers in the bottom tiers – and thinking, “Boy, these are terrible! My personal cheat sheet is better than this!” We just hope our 2022 fantasy Top 200 rankings for standard leagues are a little less terrible than all the others.

As always, we must emphasize that these overall rankings are not a glorified mock draft. It’s possible the first couple rounds of your draft play out like the top 24 in the rankings below, but after that, anything goes. If even one owner in your league overvalues wide receivers or is way too excited about Trey Lance, the draft will be impacted dramatically. It doesn’t take long before “position need” trumps “best player available,” which will also shake things up.

Anyone who has done even one draft knows that positional runs can be contagious, and when a couple closely ranked players at a certain position start to go, the rush begins to get the last remaining guys in that tier (especially at TE). Even if you avoid those runs, it will affect your draft, as certain values will fall while other players will be overdrafted.

As such, it’s always important to consider different sets of rankings. You need a plan regardless of how your draft starts playing out. It’s not necessarily about targeting specific players; rather, it’s about the type of players.

The last several rounds of your draft will really be a free-for-all. Some of the guys toward the bottom of our Top 200 won’t even be on your radar, as you might focus more on handcuffs or late-preseason risers. It’s also impossible to predict how many backups at each position owners in your league will target, and that can greatly affect who’s available at QB, TE, and D/ST. Because of the risk of COVID issues once again leading to the need for more backups at the non-RB and WR positions, we’ve included our kicker rankings on a separate list to get in more skill players.

Again, you might disagree with numerous aspects of our rankings. Hell, you might even disagree with our No. 1 player, as both Derrick Henry and Jonathan Taylor have strong claims (and Cooper Kupp isn’t far behind either, even in standard leagues). You’ll have even more beefs the further down you go, but just remember – someone in your league might be in lockstep with what we have below, so it’s important you give them a look.

We’ll continue to adjust these standard Top 200 rankings and provide further analysis until the Bills and Rams kick things off in Week 1, so check back for frequent updates!

These rankings are for standard, non-PPR, four-point passing TD scoring