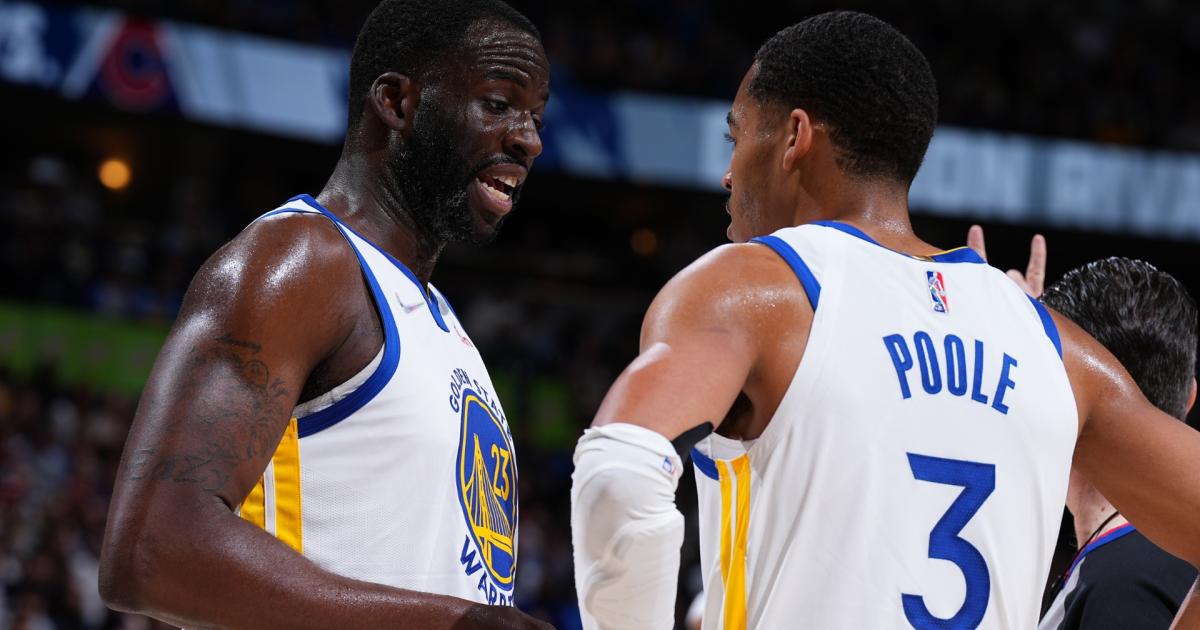 News broke earlier this week that Draymond Green and Jordan Poole got into an incident in practice.

Now, a video of the altercation has been leaked.

The Athletic reported on Tuesday that Green “forcefully struck” Poole when a heated interaction between the Warriors teammates escalated. Green and Poole had to be “separated swiftly” and practice was stopped.

Stephen Curry, head coach Steve Kerr and general manager Bob Myers each addressed the situation on Thursday. TMZ then shared a clip of the incident on Friday that quickly went viral.

The video drew a strong reaction from NBA players, including Isaiah Thomas, Trae Young and the recently retired David West, who won two championships as a member of the Warriors.

He’s gonna have to see me every time after this sucker punch. Damn. That ain’t it! And whoever leaked this should be fired too https://t.co/UCwNorEEya

All I’m saying is you ain’t responding with a PUNCH if that’s somebody you really rock with!!! Especially after a PUSH. But I ain’t in the practice and I didn’t hear what was being said so ima leave that alone but DAMN

Draymond is tryna get to LA.
Damn ! 😳

Fire whoever leaked that video. Got a whole bunch of mofos who can’t be trusted. Everybody wrong. As soon as Dray start walking somebody supposed to get in front of him..looks like the video guys and support staff got more heart than some of then chumps on the sideline

That punch had extreme vitriol by it. I in no way would believe he likes or cares for me after that. Yes I would still do my job as a teammate and battle between the lines beside him, but friendship is over. That was nasty and meant to harm me! Just being honest. Glad JP is ok! https://t.co/NlyXoFzfFv

Someone’s definitely getting fired for that video leaking

There is no way you can get back to being teammates after a punch like that.

When speaking with the media, Myers said that the Warriors will handle any discipline for Green internally.