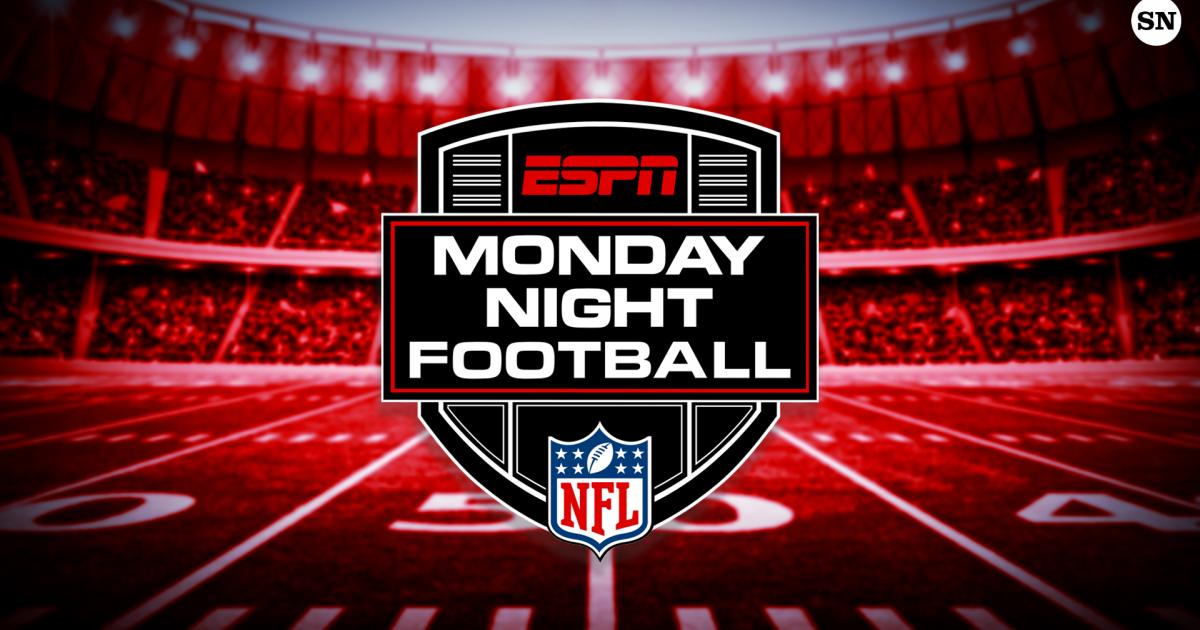 NFL fans, rejoice. The “Monday Night Football” doubleheader is making a return in 2022.

Last season, the NFL didn’t schedule a doubleheader on Monday night. They ended up having one after a Browns-Raiders game was moved due to COVID complications, but both games weren’t on ESPN. As such, it wasn’t an official “Monday Night Football” doubleheader.

The two games in Week 2 of the 2022 NFL season will both be broadcast by ESPN’s family of networks. One game, the Bills vs. Titans contest, will air on ESPN and the other, Eagles vs. Vikings, will be broadcast on ABC.

The one catch with this doubleheader is that the games will not air back-to-back. They will air somewhat simultaneously with one beginning at 7:15 p.m. ET and the other starting at 8:30 p.m. ET.

So, how can NFL fans watch both of the “Monday Night Football” games in Week 2? Here’s how to catch the ESPN and ABC doubleheader and stream the games live.

What time are the NFL games tonight?

ESPN didn’t schedule a “Monday Night Football” doubleheader during the 2021 NFL season. The network brought it back in 2022 but it comes with a couple of twists.

First, the doubleheader is taking place in Week 2. Typically, ESPN would broadcast the “Monday Night Football” doubleheader as part of its season debut in Week 1. However, the network wanted Russell Wilson’s return to Seattle to stand alone this season, so that moved the two-game slate to Week 2.

Additionally, this isn’t a true doubleheader. The Titans-Bills game will begin at 7:15 p.m. ET while the Vikings-Eagles contest will kick off 1:15 later at 8:30 p.m. ET. So, viewers may have to find a way to simulcast the action on ABC and ESPN.

Viewers will be able to see both of the contests on the ESPN family of networks — ESPN and ABC. That means each can be streamed using ESPN+ and fuboTV, which comes with a free trial.

What channel is ‘Monday Night Football’ on tonight?

The Titans and Bills are meeting for a fifth consecutive season and for the fifth time of the Mike Vrabel and Sean McDermott eras. To date, the two coaches have split the meetings 2-2, so this will serve as a grudge match of sorts.

This contest will air first among the “Monday Night Football” games at 7:15 p.m. ET. It will be called by the alternate crew of play-by-play announcer Steve Levy, analysts Louis Riddick and Dan Orlovsky and sideline reporter Laura Rutledge.

ESPN and ESPN2 will broadcast the Titans vs. Bills game; it can be streamed on the ESPN app, ESPN+ and on fuboTV, which comes with a free trial.

Minnesota was impressive in its 23-7 victory over Green Bay. The defense frustrated Packers QB Aaron Rodgers as it got pressure on him and limited the production of his revamped receiving corps. On the other side of the ball, Vikings wide receiver Justin Jefferson thrived in new coach Kevin O’Connell’s offense, producing 184 yards and two touchdowns on nine catches.

Jefferson is looking at a tough matchup against Darius Slay, Chauncey Gardner-Johnson and the rest of the Eagles’ secondary. That said, he went off against the Packers despite a tough matchup with Jaire Alexander. A good night against the Eagles could confirm that he is, in fact, a matchup-proof player.

Both Bills vs. Titans and Eagles vs. Vikings games will be available to stream free with the ESPN and NFL apps for those with cable.

Those without cable subscriptions have other options to watch the contests. One of the best is fuboTV, which has both ESPN and ABC in its channel lineup and comes with a free trial.

Below are all the ways cord-cutters can catch Monday night’s doubleheader.