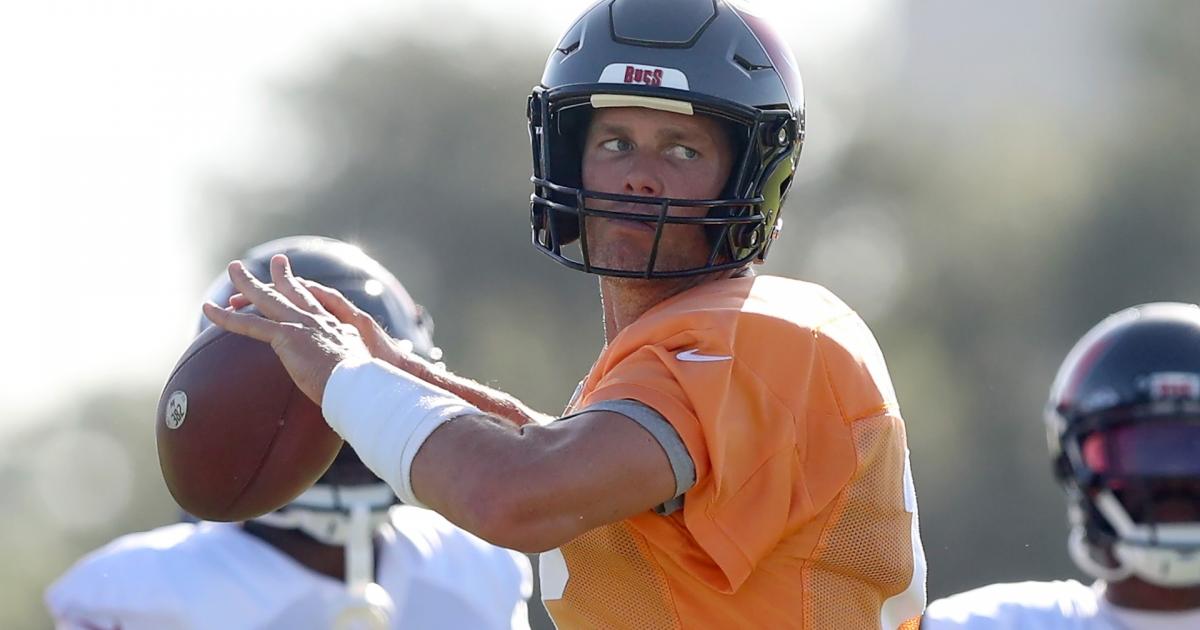 The Buccaneers thought they had eliminated all the drama at the quarterback position when Tom Brady unretired and returned to Tampa Bay during the 2022 NFL offseason.

However, with less than a month left until the regular season begins, there is now suddenly uncertainty surrounding the position again.

Brady has been away from the Buccaneers since Aug. 11 dealing with a “personal issue.” At the time, it was anticipated that he would be back with the team shortly after its preseason Week 2 matchup with the Titans.

Now, that timetable is a bit less clear, and that is leading many to wonder exactly when Brady will return to the Buccaneers.

Here is what we know about Brady’s absence to date and when he may potentially return to the field.

When will Tom Brady return to the Buccaneers?

It is currently unclear when Brady will return to the Buccaneers. Coach Todd Bowles explained at Tampa Bay’s practice on Thursday that there was “no definitive date” by which Brady was supposed to return.

“We’ll see,” Bowles said, per ESPN’s Jenna Laine. “We’ll talk about it next week. Not concerned about it right now. We’re trying to practice against Tennessee and play a game. I said ‘sometime after Tennessee.’ There’s no definitive date for me. But we’ll check on it, we’ll keep in touch and we’ll find out.”

Brady has been absent from the Buccaneers since Aug. 11. Originally, Bowles indicated that Brady would return after Tampa Bay’s meeting with the Titans; that would have made Monday, Aug. 22 the earliest date for a potential Brady return.

Brady’s absence was pre-planned, as Bowles and the Buccaneers’ brain trust noted when they first announced the quarterback would be away from the team.

“This is something we talked about before training camp started,” Bowles said last week, per CBS. “We allotted this time because he wanted to get in and get chemistry with the guys and go through two weeks of training camp, knowing he wasn’t going to play the first two [preseason] games.”

Even still, the Bucs will miss Brady as long as he is absent. After all, Brady was the MVP runner-up in 2021 and threw for a league-high 5,316 yards and 43 touchdowns last season. It was expected that he would be a stabilizing force for Tampa Bay’s offense even as he entered his age-45 season, but now that is coming into question.

Where is Tom Brady?

It’s unclear exactly where Tom Brady is and what he is doing as he remains away from Buccaneers camp. It has only been noted that his absence is related to a “personal issue.”

The vagueness of Brady’s absence has allowed the imaginations of NFL fans to run wild. Fans have floated numerous theories about Brady’s absence; they have ranged from questions about the health of Brady’s family and his marriage to Gisele Bundchen to speculation that Brady could be a participant on the Fox show “The Masked Singer.”

Where in the world is Tom Brady? We have a theory 🔍 pic.twitter.com/zUvopoaCwM

All of the options posed by fans are just hypotheticals. The truth is that few know what is going on with Brady. The Buccaneers are among those that do, and as linebacker Devin White explained, Brady himself is OK.

“On the inside we know what’s going on,” White said on Aug. 11. “We know our quarterback’s good. We’re just praying for him and let him handle his business.”

Brady is, naturally, the top quarterback on Tampa Bay’s depth chart. Behind him, things get a little more interesting.

Blaine Gabbert seems entrenched as his top backup, as the 12-year NFL veteran has been with the Buccaneers since 2019. He is very familiar with Byron Leftwich’s offense and started the Bucs’ preseason opener with Brady out.

Behind Gabbert, second-year pro Kyle Trask and veteran Ryan Griffin, the longest-tenured quarterback on the Bucs’ roster, are battling for the backup job. Trask seems to have the edge but Griffin’s seven years of experience in Tampa Bay could help him keep a job with the team.

Below is how the Buccaneers’ four-man QB depth chart shakes out, according to their official website:

26 thoughts on “When will Tom Brady return to the Buccaneers? ‘There’s no definitive date,’ says coach Todd Bowles”