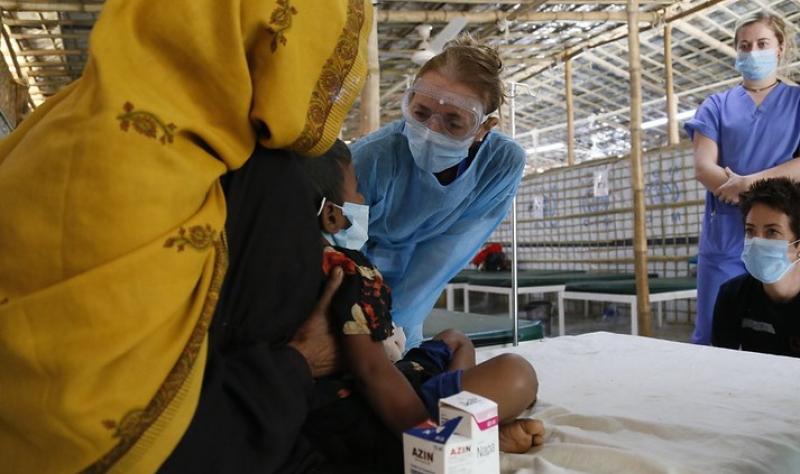 At a briefing in Washington, DC, today, experts from three health groups unveiled a new Global Health Security (GHS) Index, which provides preparedness benchmarks for 195 countries and is designed to help nations fill gaps in their capacity to address infectious disease outbreaks.

The initial report found that no country is fully prepared to handle an major epidemic or pandemic. The index is a joint project of the Johns Hopkins Center for Health Security (CHS), the Nuclear Threat Initiative, and The Economist Intelligence Unit (EIU).

Jennifer Nuzzo, DrPH, associate professor at the Bloomberg School and senior scholar at the CHS, said in a news release from the group, “Knowing that there is work to do, countries can use the index to identify gaps, build preparedness and best practices, and track progress over time.”

The GHS Index took two and a half years to complete and involved data collection by 110 EIU researchers, a pilot program to test the framework, and a panel of 21 experts to review the work.

The project was supported by the Open Philanthropy Project, the Bill & Melinda Gates Foundation, and the Robertson Foundation.

Countries are assessed across six categories, 34 indicators, and 140 questions using open-source information from international groups, including the World Health Organization, the World Organization for Animal Health, the United Nations Food and Agriculture Organization, and the World Bank. It also offers 33 recommendations for individual countries and for the international community.

According to Index findings, the average overall score is slightly over 40 out of a possible score of 100. The average score for 60 highest-income countries is 51.9.

The United States scored highest in four of the six categories and had the highest score overall, at 83.5. Its lowest score, at number 19, was in overall risk environment and country vulnerability to biological threats. The United Kingdom had the second-highest score, at 77.9.

Less than 7% of countries scored in the highest tier of the category that assessed prevention of the emergence or release of pathogens.

When the scientists assessed early detection and reporting of epidemics of international concern, they found that only 19% of countries received high scores (defined as scoring 66.7 or higher out of 100). Less than 5% of countries scored in the highest tier for rapid response to and mitigation of spread of an epidemic.

In terms of having sufficient and robust health systems to treat patients and protect health workers—which was the lowest-scoring category—the average score was 26.4 out of 100.

Tom Inglesby, MD, CHS director, said infectious disease outbreaks—whether natural, accidental, or deliberate—are a significant threat to health, peace, and prosperity, unless countries are adequately prepared. “It is important for national leaders to understand the risks that infectious diseases pose and commit to making improvements in preparedness for these events,” he added.

The 33 recommendations that the experts provide in the index are aimed at countries as well as the international community.

For example, for the international community, experts recommend that the UN secretary-general call a heads-of-state summit by 2021 to talk about biological threats, especially financing and emergency response. The authors of the index also recommend new financing mechanisms to fill preparedness gaps and that donors take into account countries’ political and security risk factors when taking steps to develop health security capacity.