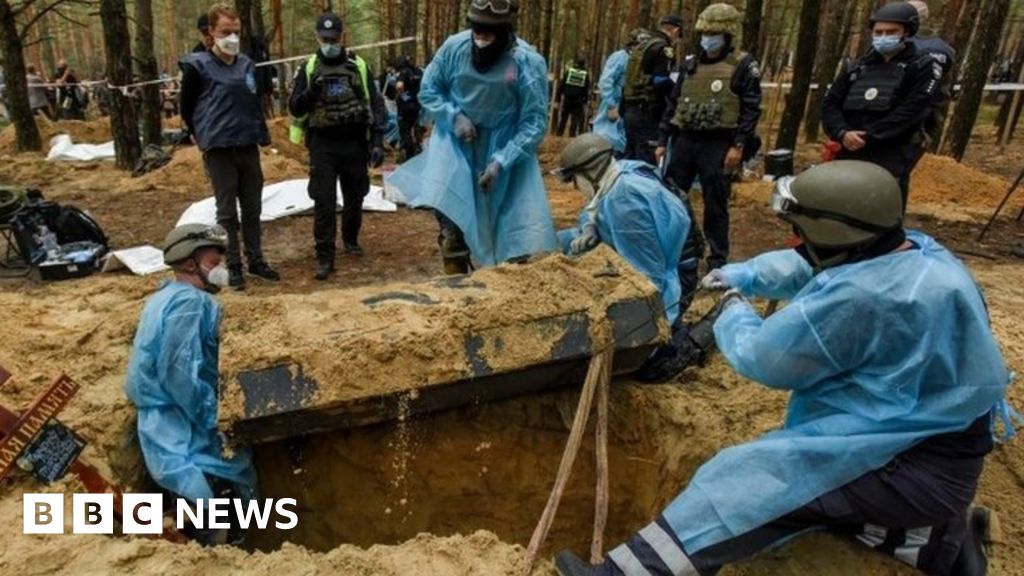 “I think that the early signs at the moment – although it’s very very early – is that some of the bodies have died from shelling or malnutrition and a lack of healthcare,” he said. “But as normal bodies are tested and the cause of death determined, I would expect there to be also evidence of torture and executions, because it follows a pattern of what’s been happening in the occupied territories.”